The WI called on the government to increase investment in the training, employment and retention of midwives in England and Wales.

Launched in 2012, our More Midwives campaign stemmed from a resolution put forward by a member who was also a midwife. She described a service that was stretched to the limit by high birth rates, increasing the complexity of care and financial pressures on the NHS.

In 2013 we published "Support Overdue", our first report with the NCT. It found that maternity services were struggling to cope with under-resourcing and were unable to deliver on their ambitions as a result. 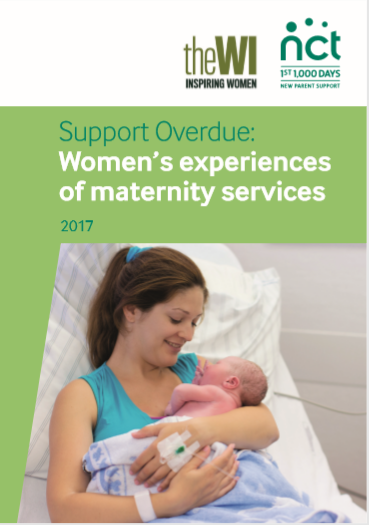 In 2015 the National Institute for Health and Care Excellence published its first-ever safe staffing guidelines for maternity settings. The following year NHS England published a major review of maternity services, which cited the Support Overdue (2013) report.

In June 2019, the WI published a campaign update pack identifying key developments during the campaign, an update on the current situation and detailing ways for WI members to take the campaign forward. To download the pack click here.

If you are not already a WI member, the members decide the WI campaigns through a democratic vote. We would love to welcome a new WI member, please click here for further details.

The Public Affairs team has created a monthly e-update on all the latest WI campaigning news. If you would like to receive the Digest please subscribe here.