The WI has been inspiring women for over 100 years. Discover more about our history, from our origins through to the present day.

Women have been granted the vote, British women have climbed Everest for the first time and the country has elected its first female prime minister. The Women's Institute has been a constant throughout, gathering women together, encouraging them to acquire new skills and nurturing unique talents.

Formed in 1915, the Women's Institute was originally brought to life to revitalise rural communities and encourage women to become more involved in producing food during the First World War. Since then the organisation's aims have broadened and the WI is now the largest voluntary women's organisation in the UK. The below timeline highlights the most important milestones of our longstanding history.

If you wish to receive further information on the history of the WI, please get in touch with the Communications Department using the contact form. And if you consider yourself a WI expert already, why don't you try your luck at our digital WI Quiz? Simply follow this link! 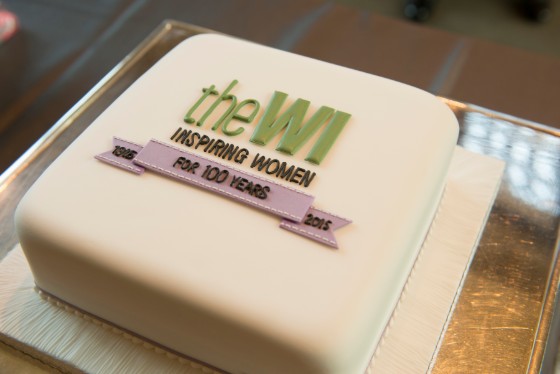 In 1897, Canadian Adelaide Hoodless, triggered by the death of her child, campaigned widely for the fuller education of women and girls in domestic science. Speaking in front of members of the Farmer's Institute, Adelaide suggested setting up a women's branch to teach their wives and daughters about childcare, health, domestic science as well as cultural subjects.
The idea sparked the interest of Erland and Janet Lee who set up the first WI in Stoney Creek (Ontario) with 75 members and drew up the first constitution.

How was the Women's Institute set up in Britain?

After immigrating from Canada, WI member Madge Watt saw the value of setting up Women's Institutes in Britain to encourage rural women to help with the war effort. With the help of governmental funding, Madge was able to set up the first WI on 25 September 1915.

After the end of the First World War, the number of WIs increased rapidly with almost 100.000 members during the 1920s and nearly 2000 WIs across Britain. As a result, WIs began to group into federations with their own headquarters and programs.
Already back then, WI members did not avoid discussing difficult issues: in 1927, a resolution was put forward about preventing oil pollution at sea and coastal areas.

During the 1950s, membership grew impressively and the Women's Institute became a force of almost  470.000 women. Besides holding a number of national cultural events, the WI, of course, also focussed on its campaign efforts, leading to a resolution that asked for parents to be allowed to visit their children in hospital and a campaign to prevent the desecration of the countryside by litter.  The latter led to the formation of the well-known Keep Britain Tidy Group.

The 1960s remain one of the defining decades for Britain. What did the Women's Institutes campaign on during the "Swinging Sixties"?

Resolutions put forward by the WI during the 1960s include: