A timeline of LGBT+ History

To celebrate LGBT+ History Month have created a timeline of LGBT+ events throughout history and highlighted influential LGBT+ people. We hope this blog inspires you to learn about LGBT+ history both individually and as a WI group.

Please note this timeline contains language that was used at the time stated, but that may now be considered offensive. 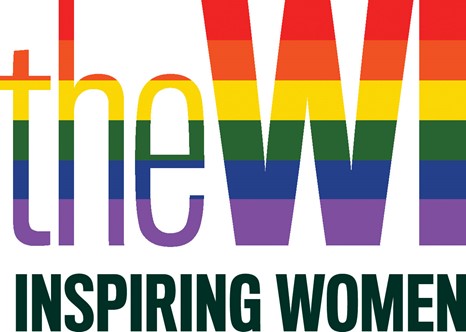 Did you know in late 19th century Britain, some men – including Oscar Wilde – would wear a green carnation as a symbol of their sexuality?

Did you know in the 1950s lesbians would sometimes wear a pinky ring as a signifier of their sexuality? This sign dates back to the Victorian times when this would signify that you were uninterested in marriage.

Did you know in the 20th century ‘polari’– a form of slang – was used by members of the LGBT+ community so that they could speak to each other in a coded language? For example, ‘riah’ meant ‘hair’, and ‘dolly’ meant ‘pretty’.

Did you know that now most people who are HIV-positive do not progress to having AIDS? Prescribed medication can keep the level of HIV low, reduce the likelihood of AIDS, and lower the risk of transmission.

Did you know London’s Royal Vauxhall Tavern is one of the oldest LGBTQ+ social spaces in the UK? It began hosting drag shows around the time of WW2. In 2015 the building was the first in the UK to be given protection by Historic England for its importance in LGBTQ+ history.

The WI is pleased to invite you to a free Denman at Home course hosted by regular Denman tutor Simon Gregor. On Tuesday 23 February at 7:30 pm, Simon will give a uniquely personal, one-off lecture sharing some of his own experiences growing up as a gay man in the 1980s and 1990s. He will also explore some current topics in LGBT+ rights, what the issues and debates are, why these issues matter so much and why he has hope for the future. Book your place for Simon's Talk for LGBT+ History Month now.

We have also included some of Simon’s personal recommendations in our resources list below. Simon’s choices include the film “Beautiful Thing”, the TV series “Queer as Folk” and the play “Angels in America”. He also told us that he has been inspired by public figures like actor Ian McKellen and author Michael Cashman whose book is listed below.

WI members can check out our Pride 2020 celebrations blog on My WI for more information, resources, a glossary of terms, and Pride quiz.

If you are interested in becoming a member of the WI, please visit www.thewi.org.uk/become-a-member.

To create this blog we have used information from the following sources: