For the End Plastic Soup campaign and Environmenstrual Week 2020, the NFWI Public Affairs team chatted to period plastics campaigner Ella Daish. Ella began campaigning on the issue of period plastics in early 2018 and has received many awards for her work including 'The Climate Coalition’s Green Heart Hero Award for Individual Inspiration' in 2020. You can find out more about her campaign and some suggested actions that you or your families could take to reduce period plastic use below. 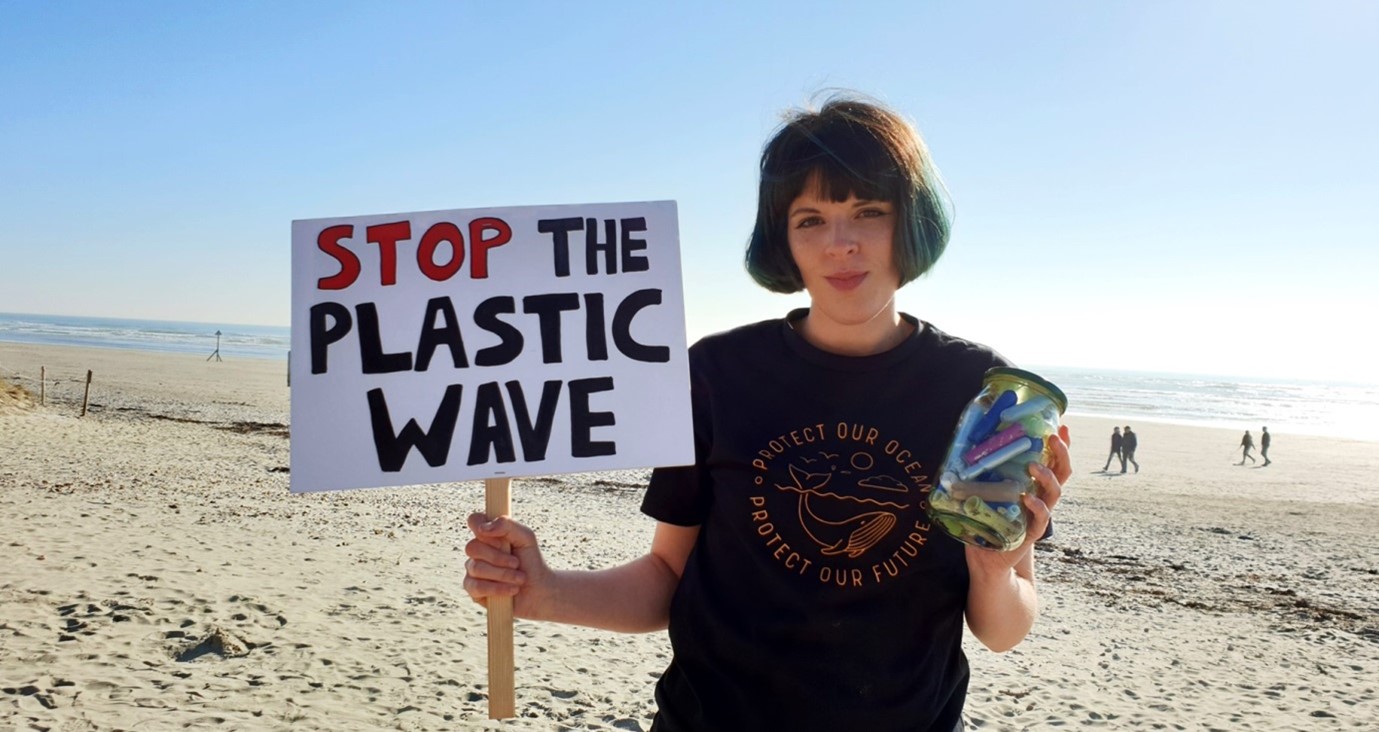 Why did you get involved in period plastic campaigning?

Before I started the campaign, I was working as a postal worker for Royal Mail. Whilst out on delivery, I noticed the amount of waste being disposed of each week increasing. This was just a few streets, but it made me think about how much we throw away on a national scale.

This prompted me to reflect on my own consumption and I began to make product switches. I felt positive about the steps I was taking, but then my period started, and I noticed, for the first time, the amount of plastic waste I was generating during just one menstrual cycle. Some online research revealed that conventional tampons and pads – the ones I had been using for many years – contain up to 90% plastic - I was horrified.

I went into my local supermarket to get an alternative, but there was no choice, it was either plastic or plastic. This irritated me, because without a choice, how can we truly make a decision about what we buy? I switched to eco-friendly period products and thought someone else would probably do something about it. I kept going over it in my head; it just didn’t make sense, if small companies could make them without plastic, then so could the big brands.

It began to really frustrate me and I knew something had to change. I kept thinking 'what can I as a postal worker really do about this?' I felt powerless, but had to do something because if I didn’t then who would? The success of other online campaigns like Amika George’s #FreePeriods petition and Laura Coryton’s Tampon Tax petition compelled me to take a stand against period plastic by starting my own.

What are the environmental impacts associated with these types of plastics?

There are numerous environmental impacts associated with period products. In the UK they contribute to over 200,000 tonnes of landfill waste each year and they can enter rivers, oceans and end up on beaches when wrongly flushed. It is estimated that 2.5 million tampons, 1.4 million Pads and 700,000 pantyliners are flushed in the UK each day, adding up to a whopping 1.5 - 2 billion per year!

After they are flushed they enter the sewerage system and if they aren’t intercepted at the water treatment works then they end up in our rivers, flow into the sea and wash up on our beaches. This contributes to ocean plastic pollution and has catastrophic effects on marine life and sea birds. Overtime their plastic content breaks down into smaller pieces, known as microplastics and fibres. This poses a further threat to vital ecosystems where they can enter the food chain.

If they do not enter the environment, then they are incinerated or sent to landfill. Plastic filled period products are unquestionably having a huge negative impact on the planet and something must change.

Have you encountered any obstacles during your campaign?

My biggest obstacle has been getting manufacturers and supermarkets to engage. In the first year, they did not take me very seriously, they probably thought that I would go away with their long emails and excuses, however, unfortunately for them, this wasn’t the case. A mixture of the campaigns increasing momentum, actions supported by thousands and my persistence has paid off and led to meetings with decision-makers and significant changes being made in the industry. I have now met 10 of the 14 manufacturers and retailers. The campaign is calling on them to remove plastic from their period products.

What three things can WI members do to take action on period plastic?