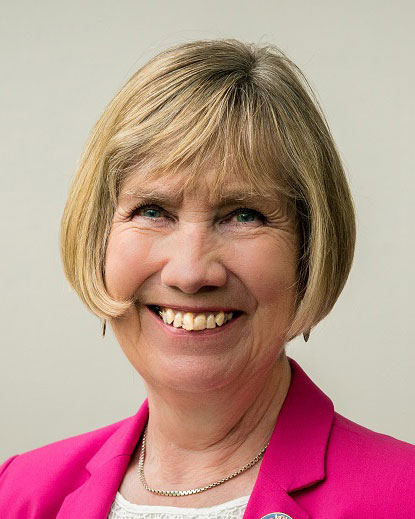 Sally was elected to the NFWI board in June 2017. She is Chair of the Activities Committee and also sits on the Denman Committee.

Sally’s career started as a Secretary working in the records and outpatients department at the Royal Edinburgh Hospital. After getting married and moving to England, she became the manageress of a hospital social club for the staff of a Yorkshire psychiatric hospital.

Following a few more moves around the country, Sally finally moved to Cambridge where she worked in the University of Cambridge accommodation service and then as an office/ accommodation manager in a Cambridge language school. Sally then worked for some years as a property manager for a lettings firm where she managed a large portfolio of privately owned properties

Sally enjoys anything crafty but especially dressmaking and patchwork as well as cookery, reading, gardening and going to the cinema.