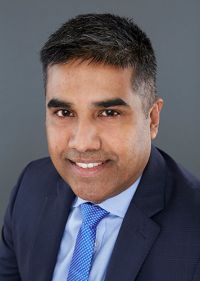 Anupreet has a hotel professional background. He has worked for a variety of Hilton brand hotels, both managed and franchised and has assumed various roles including being Director of Operations at the DoubleTree By Hilton Heathrow and Southampton.
As part of the Management Team, he was also involved in hotel re-brand projects.

Anupreet's role as Head of Denman is to strategically lead the college's educational and non-educational activities and ensure the development of Denman for the WI.