The first Women's Institute was formed in Stoney Creek, Ontario, Canada as a branch of the Farmer's Institute. Inspired by a talk given by Adelaide Hoodless at a meeting of the Farmer's Institute. Local farmers Erland and Janet Lee were instrumental in setting up the new organisation. They were supported by Ontario government who appointed Laura Rose to be the first organiser in 1899. The movement brought women from isolated communities together and offered training in home economics, child care and those aspects of farming that were traditionally done by women, such as poultry keeping and small farm animal husbandry. 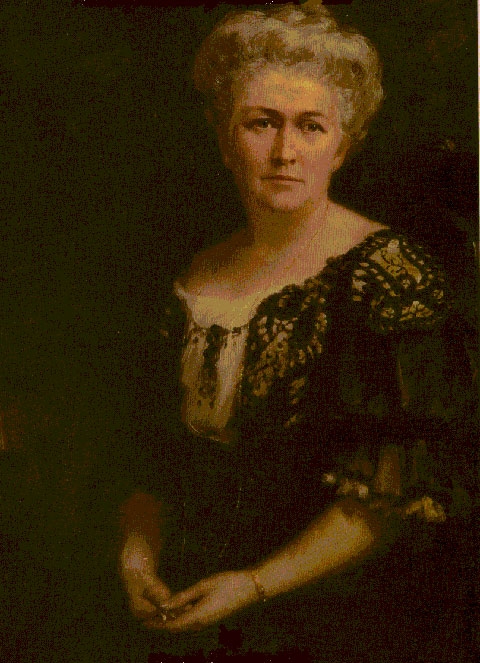 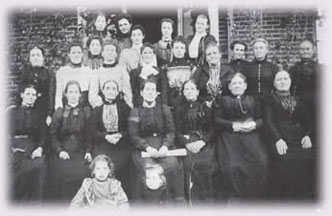 Members of the first WI at Stoney Creek

The Women's Institute movement in Britain started in 1915. During the First World War it was formed to encourage countrywomen to get involved in growing and preserving food to help to increase the supply of food to the war-torn nation. The first WI in Britain was formed under the auspices of the Agricultural Organisation Society (AOS). AOS Secretary, John Nugent Harris, appointed Canadian Madge Watt to set up WIs across the UK. The first one was at Llanfair PG, on Anglesey, North Wales on September 16th 1915, and the first WI in England was Singleton WI in Sussex . 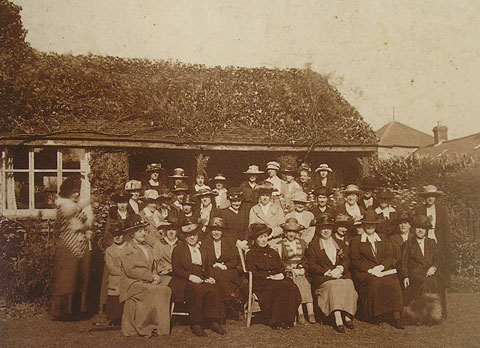 The AOS set up a Women's Institute sub committee to oversee the work and Lady Denman was appointed Chairman. By the end of the year, 40 WIs had opened, the earliest in Wales and subsequently in England. 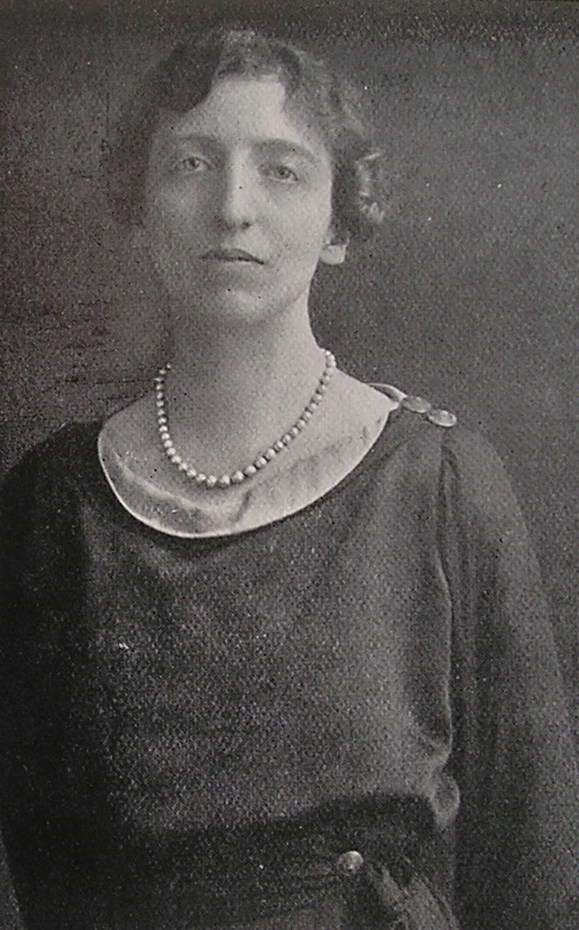 By 1917, 137 WIs had been opened. When neighbouring WIs in Sussex decided to meet together, they formed the first Federation. Because the WI movement was growing so fast the Government decided it would be more appropriate for the responsibility for opening WIs to be handed over from the AOS to the Women's Section of the Food Department of the Board of Agriculture. At the same time, although the Board of Agriculture continued to fund the formation of WIs, the organisation became independent. The National Federation of Women's Institutes was formed on October 16th, when the rules were adopted and an executive committee elected. Lady Denman was elected Chairman and Grace Hadow Vice Chairman.

Alice Williams was appointed Honorary Secretary and Treasurer. The annual subscription was set at two shillings.

By the end of 1918 there were 199 WIs and seven county federations. The paid organisers were unable to keep up with the demand to form new WIs and so the first training school for WI Voluntary County Organisers was held. In order to fund the new organisation, and to promote the handicraft work being done, the First National Handicrafts Exhibition was held at the Horticultural Halls in Westminster.

At the AGM the first resolution was passed urging local authorities to take advantage of the government scheme for state-aided housing.

The first annual report of the NFWI was published. 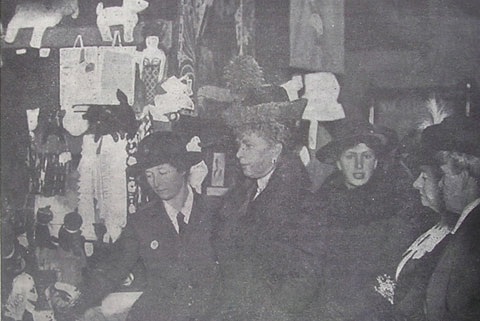 When the war was over, the Board of Agriculture handed over all responsibility for the formation of WIs to the NFWI, and the Government gave a generous grant for the work though the Rural Development Commission.
The Consultative Council was set up, comprising representatives of every Federation and the members of the national executive committee, who met twice a year.
Inez Ferguson was appointed as the General Secretary.

Home and Country, the monthly NFWI magazine, started in March with Alice Williams as Editor. 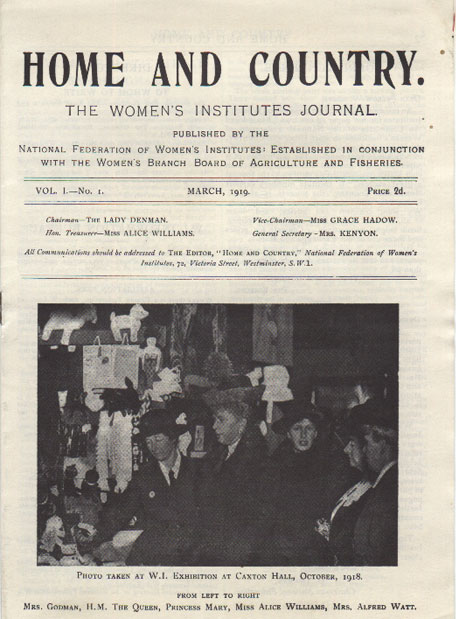 First issue of Home and Country 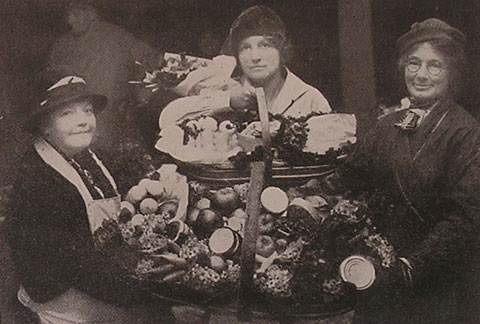